On The Avenue: Music City Light

This week On The Avenue, we want to share some exciting news. We are now the agency on record for Nashville’s local light beer, Music City Light! We’re so excited to work with their amazing team to create some awesome stuff that will show Nashville just how yummy your soon-to-be favorite light beer is.

Nashville has absolutely transformed in the last few years, and with that transformation comes a boom in business and in population. Breweries have sprouted up all around the city serving the best craft beers Nashvillians have to offer. The founders of Music City Light realized that even with all of the new breweries experimenting and creating all of these new flavors, there was still something missing. Nashville didn’t have a light beer, which is one of the most widely loved styles of beer in the nation. With that epiphany, Music City Light was created, and now Nashvillians, old and new, have a light beer that is delicious, easy to drink, and celebrates the amazing city we all live in.

If you haven’t tried Music City Light yet, now is a great time to do it! This month during their “We Want The Puck” promotion, Music City Light will be giving away Music City Light “Beer of Champions” T-shirts and Koozies, 20 pairs of Predator tickets, AND Predator Player Meet and Greets (AHHH SO COOL) to the Nashville Predators home game on Saturday March 31. To win, all you have to do is find one of the golden pucks, which will be hidden in Music City Light’s commemorative Predators Six Pack scattered throughout the city. Clues will be shared on their social media pages on March 30, so be on the lookout and good luck! For more information about “We Want The Puck” click here.

Check out their website here to learn more about Music City Light and shop their super cool merch. Check out a few options below! 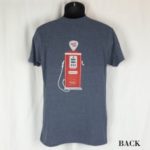 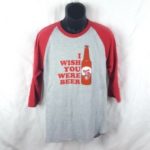 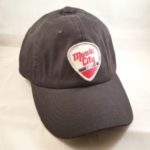 Thanks for visiting us here On The Avenue, and don’t forget to check back next week!