On The Avenue: Lauren Gets Published 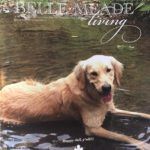 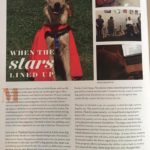 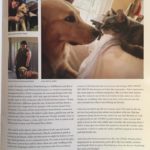 This week On The Avenue, one of our employees, Lauren Barnes, got to unveil her first published article (!!!!!!!!!!!). Since Lauren started working here in July, she’s been an amazing addition to our team. She splits her time down the middle, spending half of her day working on Woodard business, helping with packing and distribution, and half of her day working for Westwood, writing and doing research.

She has a service dog, Jules, who also comes to work with us, and she has won the hearts of many (literally everyone in the office). No one can resist those chocolate brown eyes and that Golden retriever charm. She’s become not only an awesome companion for Lauren, but a loveable, fluffy mascot for Westwood Avenue and Woodard Brothers.

Recently, Lauren was approached to be featured in Belle Meade Living for their “Precious Pet” piece. Being a writer herself, she went beyond just answering a few questions about how she and Jules came to be, and wrote a heartfelt article about how Jules has had a positive effect on her personal and work life. Though it is not typical that the person being featured would write the article, the story was well written, compelling and heartwarming, and who can say no to that. Her article was not only featured in the magazine, but it was a cover story and Jules was the covergirl!

So we just want to say congratulations to Lauren on her first published article, and to Jules for becoming a model and local celebrity. We’re so proud of Lauren, and we’re looking forward to what’s next in her very bright future!

Click here to read the full story, and don’t forget to check in with me next week to see what’s happening On The Avenue.